After robbing those houses on that street, the thief has found himself a new place for his thievery so that he will not get too much attention. This time, all houses at this place are arranged in a circle. That means the first house is the neighbor of the last one. Meanwhile, the security system for these houses remain the same as for those in the previous street.

Given a list of non-negative integers representing the amount of money of each house, determine the maximum amount of money you can rob tonight without alerting the police.

Since the houses are arranged in circle, we should take the first house and the last house specially. Because if we rob the first one, we can’t rob the last one since it’s the neighbor of the first one.

So there are only two special cases:

Compute the maximum amount of both cases and return the larger one.

For n houses, let OPT(n) denotes the maximum amount we can rob, let Vi denotes the money that the ith house holds.

For the nth house, we have two cases, rob or not rob. 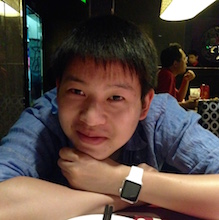